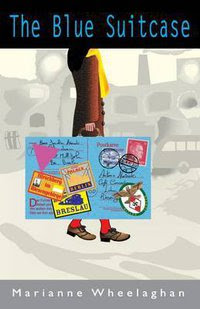 Okay, so Marianne Wheelaghan is not a Southern writer -- she lives in Scotland, in fact. But she's just released her first novel, and she did it by creating her own small press, so I thought lots of writers might be interested in this...

Marianne is an established writer, editor, and creative writing teacher (see her interview in the April, 2008 blog entry). Her husband has written several academic books and is a skilled desktop publisher. When the big publishing houses failed to pick up her novel (historical fiction, by the way; I guess they thought it'd be hard to market?), Marianne and her hubby decided to do it themselves, and why not? They have the skills, talent, drive, and the strict attention to detail that is needed to produce a high-quality publication. Check out their website at www.pilrigpress.co.uk.

I'll be posting a review of the book soon, and possibly an interview with Marianne. In the meantime, what do you think of start-up presses? Is it a good idea for writers? It's a lot of work, but isn't it better than being ignored by the big presses??

Posted by Louisa at 6:43 AM No comments: