Southern coal: take a trip back in time 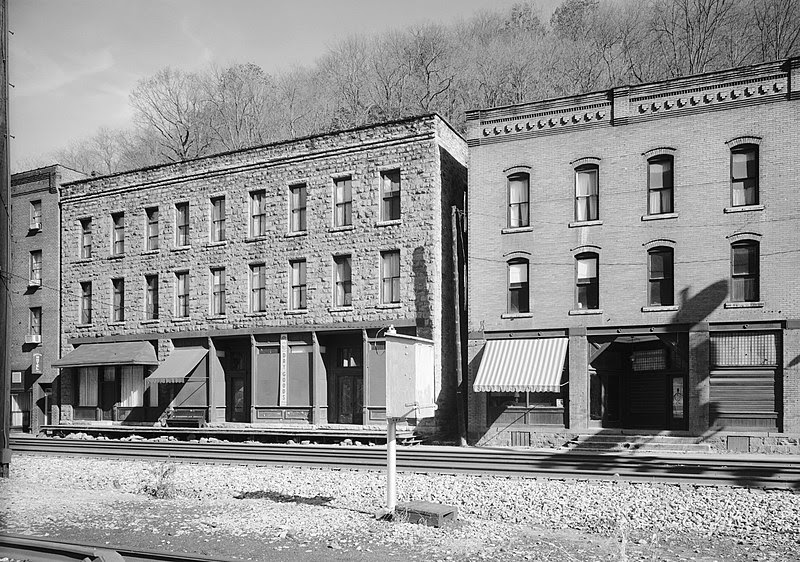 When I was about 20, I had my first introduction to coal mining in the South. I took a camping trip with my parents along the Shenandoah Valley, to Luray Caverns and Big Meadows Campground. On the way back to North Carolina, we stopped to bike a trail that lead to the "ghost town" of Thurmond, WV, a former coal mining town. The town, of course, was deserted, apart from one tiny souvenir shop where I bought a train made out of coal for my boyfriend. There was rumor of a murder that had taken place in the old hotel -- something about money lost over gambling -- and as we climbed the hill to where the few remaining residents lived, the atmostphere grew eerier, and I imagined the ghosts of the town (and the 7 or so people still living there) watching us. We got out of there pretty quickly!

Needless to say, my impressions of coal mining are not pleasant -- a necessary, dirty, and dangerous job for people who have few options. While lots of nonfiction books explore coal mining, I had a hard time finding many Southern fiction books about it. Susan Tekulve of Spartanburg, SC, caught my attention -- she recently won the 2012 S.C. First Novel Competition (sponsored by the S.C. Arts Commission and Hub ity Press of Spartanburg) for her novel The Nipper. Her book follows the lives of a coal mining Italian immigrant family as they struggle to survive in a tiny Virginia town.

Gin Phillips, author of The Well and the Mine, tells a fictional tale of a real-life Alabama coal-mining town, Carbon Hill, in 1931. The novel begins with a shocking act of violence, as a baby is thrown into a family well. Publisher's Weekly describes the story: "A tight-knit miner's family struggles against poverty and racism in Phillips's evocative first novel, set in Depression-era Alabama."

Hazard, a novel by Gardiner Harris describes a mine disaster in Hazard, KY, and the repercussions that follow. A reviewer in The Washington Post writes that Harris used to work in Hazard, Ky., as the Eastern Kentucky bureau chief for the Louisville Courier-Journal. "His prize-winning reporting there was credited with helping pass laws that strengthened the state's mine-safety rules." The reviewer adds, "Harris understands the fatalism of miners who know their jobs can kill them."

There are some great discussions going on right now (on Twitter, blogs) about the state of ebooks and indie publishing. Join in and add your two cents -- are ebooks priced too low? If so, who does this hurt? Or is anything fair in the race to gain readership?

Indy author Catherine Ryan Howard has a great post (and follow-up discussion in comments), "Low E-book Pricing: The Compensation Problem," where she discusses a recent spat at the Harrogate Crime Festival. Writes Howard on her blog, Catherine, Caffeinated: 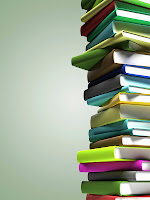 "During a panel discussion called Wanted for Murder: The E-book (for anyone surprised at what happened, shouldn’t that title have been your first clue?) bestselling crime writers Mark Billingham and Laura Lippman, seated in the audience, got into a bit of a heated debate with the panelists, one of whom was mega-selling cheap e-book author Stephen Leather."

Blogger Pam McIlroy tweeted about an article in The Guardian that discussed Sony's decision to offer a range of 20p titles in its new Reader Store.

And journalist and fiction writer Scott Bury tweeted and blogged about independent writers deserving more respect in the publishing world. From his blog, Written Words:

"We need to start talking about independent writers, those who control the publishing function themselves, in the same we we do about independent filmmakers and independent musicians. "Indie" group Arcade Fire, after all, won a Grammy."
Posted by Louisa at 6:14 AM 7 comments:

Here are a few writing contests, set in the South, but not necessarily just for Southern writers!

Black Warrior Review, based out of Tuscaloosa, AL, is a great journal, full of artwork, poetry, and prose. Three prizes of $1,000 each (plus publication) are given each year for a single poem, short story, and a work of nonfiction. The $15 entry fee includes a subscription to the journal. Deadline is September 1, 2012.

Gival Press, based out of Arlington, VA, offers a prize of $1,000 and publication on the press's website for a short story. Entry fee is $25, and the deadline is August 8th.

North Carolina Humanities Council offers the Linda Flowers Literary Award each year for a work of poetry, fiction, or creative nonfiction that reflects the people and culture of NC. The winner receives $500, publication in North Carolina Conversations, and a weeklong residency at the Weymouth Center for the Arts and Humanties. There is no entry fee, and the deadline is August 15.

Snake Nation Press, based out of Valdosta, GA, is offering the Violet Reed Haas Prize for Poetry and the Serena McDonald Kennedy award for fiction. Winners receive $1,000 and publication. The entry fee is $25, and the deadline is August 31.
Posted by Louisa at 3:36 PM No comments:

The good folks at www.alphadictionary.com are offering a "Glossary of Quaint Southernisms." I've lived in the South (NC) for more than 20 years, but not having been born here, I still don't feel like an expert on the dialect! Some of these I recognize, like "fixin" and "catty-corner" and "conniption" (one of my favorites!), but others I've never heard of ("chinchy"?).

I like what they say in their intro., as I get mad when people judge others unfairly, based on an accent:

"Your accent has nothing at all to do with intelligence or knowledge of the rules of grammar. It is simply a regional dialect and dialects are equally grammatical; they are simply slight variations in the grammar of a given language that characterize the various regions where that language is spoken."
Posted by Louisa at 2:47 PM No comments: