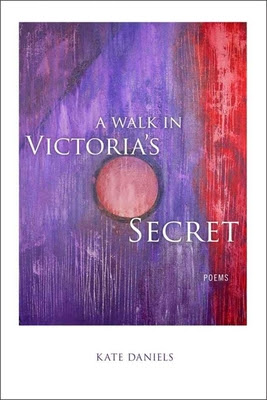 Oops! I had forgotten that April is National Poetry Month. I'm not an expert on poetry by any stretch, but I definitely appreciate the need to honor our poets! You might want to check out the interview of Tennessee-based poet Kate Daniels in Southern Literary Review. Here's a tiny segment of the interview...

Kate Daniels: "Robert Penn Warren would be the Southern poet who had the most influence on me – the lack of compression, the grandiosity of syntax, the very quirky speaking voice in his poems were all things that I found very appealing aesthetically and very encouraging personally. I always had a hard time with (some other poets) because of how highly formal, how self conscious, the poems seemed to me. They intimidated me in a way, but also made me anxious: so boxed-in, so careful, so neat and tidy. Just the way that Warren’s poems, particularly the later poems, sprawled all over the page was really inspiring to me. There was a way to break out of jail! And because his poems sounded so different from everyone else’s, they became important to me – as a young southern woman of working class origins – as a model for an independent literary life."
Posted by Louisa at 6:33 PM 2 comments:

Going crazy trying to figure out what to read? The Athens, GA, Regional Library System has a great website. Look under "Readers' Corner" for tips on books, Internet resources, and writers in different genres -- African American authors, Civil War fiction, Family Sagas, and tons more.
Posted by Louisa at 1:46 PM No comments:

This looks like a great radio station for writers and readers... Clearstory Radio (107.1 Nashville) features an array of authors and is live on Fridays at 9 a.m. CST. You can listen via a link on their website. Here's a list of upcoming authors:

Posted by Louisa at 5:25 AM No comments:

Okra Picks are new Southern books that SIBA indie bookstores want to especially share with their customers. All the books selected are Southern in nature, and there is a SIBA member Bookstore who is really excited about the book. Here's a link to the 2011 spring picks (which include Under the Mercy Trees by Heather Newton, Tales from a Free-Range Childhood by Donald Davis, and Fighting the Devil in Dixie by Wayne Greenhaw): http://www.sibaweb.com/okra
Posted by Louisa at 11:50 AM No comments: