What does it mean to be Southern?

Southern writer Melinda McGuire blogs about what it means to be a writer in the South, and on June 12 she featured a great guest post from Andi Kay, a fellow blogger and book reviewer. Andi's blog is called Anakalian Whims.

Andi talks about her favorite Southern authors as she was growing up and gives one of the best descriptions of why we love Southern literature that I've read in a long time:

"[...] we’re really into our fried foods too. And family, and tradition, and comfort, and joy. And pie, can’t forget the pie. But we’re a protective and territorial bunch, proud of our roots, but happy to share.

"That’s why reading about it is so wonderful. We like feeling at home, and we like feeling invited, and a good deal of us are nosy as hell and just want to pick the brain of someone else. So what better addresses all of that than reading the work of a southern writer?"
Posted by Louisa at 5:55 AM 1 comment:

Back by popular demand (okay I just made that up!), here's another roundup of the latest Southern fiction to hit the book shelves...

Heading Out to Wonderful is Virgina native Robert Goolrick's second novel and is set in 1948. When a mysterious stranger comes back from the War and settles down in the village of Brownsburg, VA, all seems well until he sets his sights on teenage bride Sylvan Glass.

Some call South Carolina native Dorothea Benton Frank the "Queen of Southern Fiction," and whether you agree or not, she sure is prolific! Porch Lights is her 13th novel (according to her website) and tells the story of Jackie and her 10-year-old son as they return to Jackie's childhood home on Sullivan Island to recover from a family tragedy.﻿

Husband and wife Rick and Sandra Dee Richardson teamed up to write Southern Secrets: Sins of the Past, a novel based on the real history of the last slaves brought to America. Rick hails from Alabama, and his great-great grandmother was actually on the final slave ship Clotilda, which docked in Mobile Bay.
Posted by Louisa at 6:57 AM No comments: 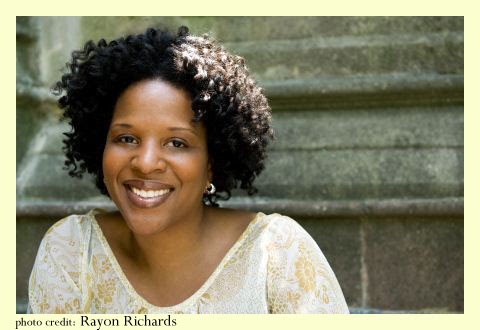 Atlanta native Tayari Jones talked about the complicated dynamics of extended families at Flyleaf Books in Chapel Hill last night. Her latest and third novel, Silver Sparrow, is told from the perspectives of two daughters with the same father – the catch is that Chaurisse is legitimate, and Dana is the product of the father’s secret marriage. Although Jones doesn’t have the same background as the girls – she has half-sisters by legal means – she found ways to identify with both of them though a kind of “emotional autobiography,” using feelings and memories from her own life and family relationships.


Everyone knows what it feels like not to belong, like Dana, who must keep her family life a secret. “I try to find out where I have a version of that myself,” Jones said.


She started her novel with the feeling that she wanted to write a book about sisters, and the idea of bigamy sprouted from that. As we’ve seen in cases like John Edwards’, secret families are more common that we think, Jones said, but are taboo because children are involved. Readers will sometimes come up to Jones after a reading and say, “I’m a silver sparrow,” meaning that they’re a child from a secret marriage.


Jones has already started her fourth novel, which will likely be about a man wrongfully accused of a crime. When he is suddenly freed from prison, he has to pick up the pieces of his relationship with his wife – another complex topic! “What is our obligation to people who get out of prison?” Jones asked.


She’s written more than 100 pages so far, so she’s pretty confident the novel will “take”! Jones doesn’t outline her plot beforehand: “I like to feel breathless and stressed out when I write,” she said, because that’s the way she believes people like to read, too, with a feeling of anticipation and what’s going to happen next?


As well as giving readings throughout the country, Jones is an Associate Professor in the MFA program at Rutgers-Newark University and is spending the 2011-12 academic year at Harvard University as a Radcliffe Institute Fellow, researching her fourth novel. Check out this dynamic writer!
Posted by Louisa at 6:34 AM 2 comments: